Best Places to Go For Christmas – Part One

For those who celebrate, Christmas is one of the most special times of the year. It means time off school or work for many of us, and more time to spend with family and friends. If you’re jetsetting off to experience another nation’s Christmas traditions this year, we have a few suggestions for you! Our version of the 12 Days of Christmas, these are the first six best places to go for Christmas!

Though it might seem bizarre to the rest of the world, Christmas in Australia is a summer holiday! Many traditions reflect British and American influences, but the Aussies have developed plenty of their own unique customs too.

Carols by Candlelight are a popular Christmas event. Often held on Christmas Eve night, each State capital has its own large service. Christmas pageants are also a big deal for Australians. They are Santa Parade style processions with many floats and performers, often televised and broadcast across the country. The pageants usually culminate in the arrival of a sleigh-style float carrying Santa Claus. Santa himself will sometimes then proceed to a special department store grotto, where children can visit him. In some places, there is a fireworks display at the local park.

Speaking of Santa, the climate in Australia is a bit at odds with his usual fur-trimmed suit! He will sometimes don a red pair of shorts and a singlet on Australian Christmas cards and decorations. It’s also a chance for the reindeer to have a rest, and let some local kangaroos take over for a while! Parents might encourage their children to leave out a nice cold beer for Santa’s snack.

Some Australians might barbecue for their Christmas lunch, and the meal is usually enjoyed outside. This can be on tables in the garden, sitting out on the deck, or even on the beach! Like their Kiwi neighbours, Australians will often include seafood and fresh seasonal salads in their Christmas meal. Cricket is also a big summer tradition in Australia, with a big test match being held on Boxing Day each year.

Those in the Northern Hemisphere might find the idea of a summer Christmas a bit strange. However, we think Australia is still one of the best places to go for Christmas. It certainly offers a completely unique experience! 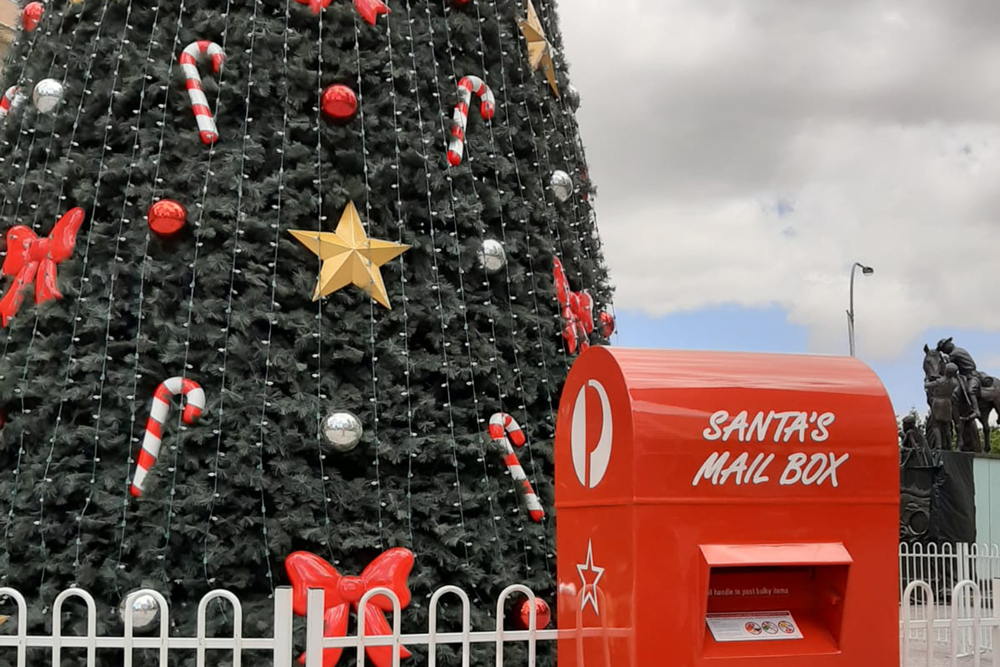 For a version of the classic White Christmas, Canada is perfectly picturesque. Southern cities such as Toronto and Ottawa get the coldest of the cold weather, and are more likely to see snow. Historical parts of Montreal and Quebec City are utterly charming around Christmas, with snow-capped historical buildings and cobblestone streets.

Adding to the storybook charm of Christmas in Canada are festivals of lights. These twinkly festivals are very popular, and can be admired around several different cities. Vancouver, Toronto, Ottawa and Niagara Falls are all set aglow with festivals of lights annually. An abundance of fairy lights certainly makes Canada one of the best places to go for Christmas in our books!

Toronto also hosts the world’s oldest Santa Claus parade. The first parade was way back in 1905, when it had just one float. The parade has even had real reindeer pulling Santa’s sleigh! It has changed and grown a lot since then, but is still a marvellous festive spectacle!

Canadians are so fond of Christmas, they have even tried to claim Santa as one of their own! The Canadian government has issued Santa and Mrs Claus a Canadian passport, and have even shared Santa’s confidential Canadian taxpayer information! Canada Post has also said that Santa has a Canadian postal address. They do have competition on this claim from many countries, however, including Finland, Turkey, and Sweden. 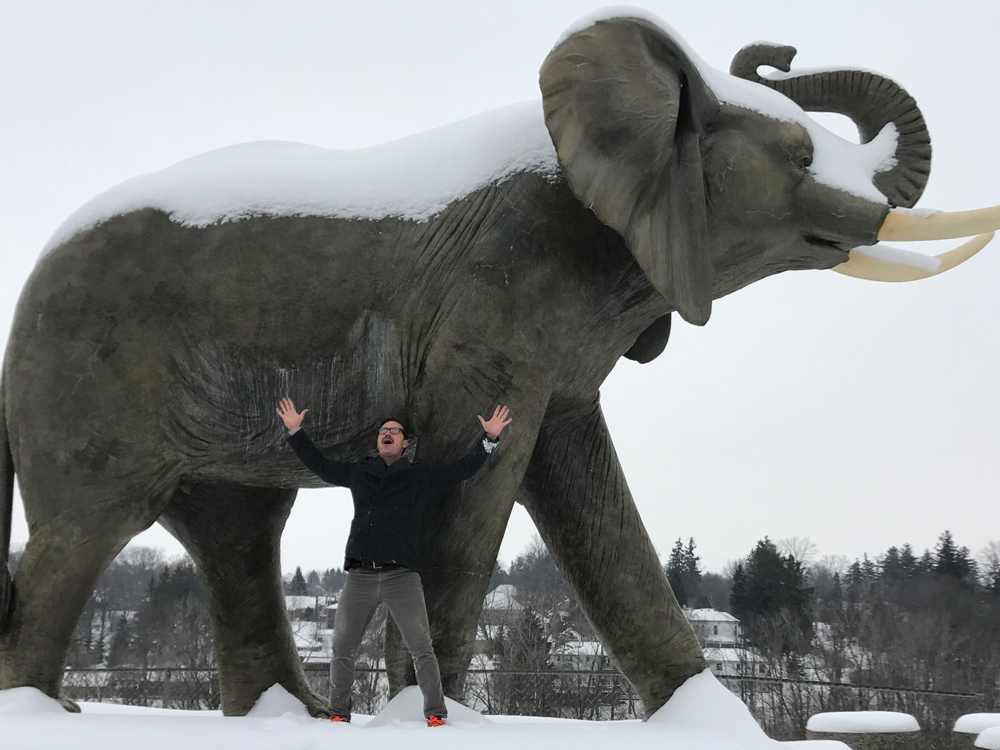 As a Christian holiday, Christmas is not widely celebrated in China, where only about one percent of people are Christian. However, it is gaining popularity in the major cities. You will often see large Christmas tree displays in department stores, and Christmas music, lights, and other displays on the streets.

For the Chinese people who do celebrate Christmas, it is primarily a religious holiday. There are special church services on and around Christmas, with performances in both music and dance by the congregation. Christmas Eve is known as ‘Peaceful Evening’ in China, which comes from the Chinese translation of the carol ‘Silent Night’.

The Chinese even put their own spin on carol singing, and get into a bit of Christmas karaoke! Some families may have their own karaoke machine, while others hold Christmas parties at karaoke bars. 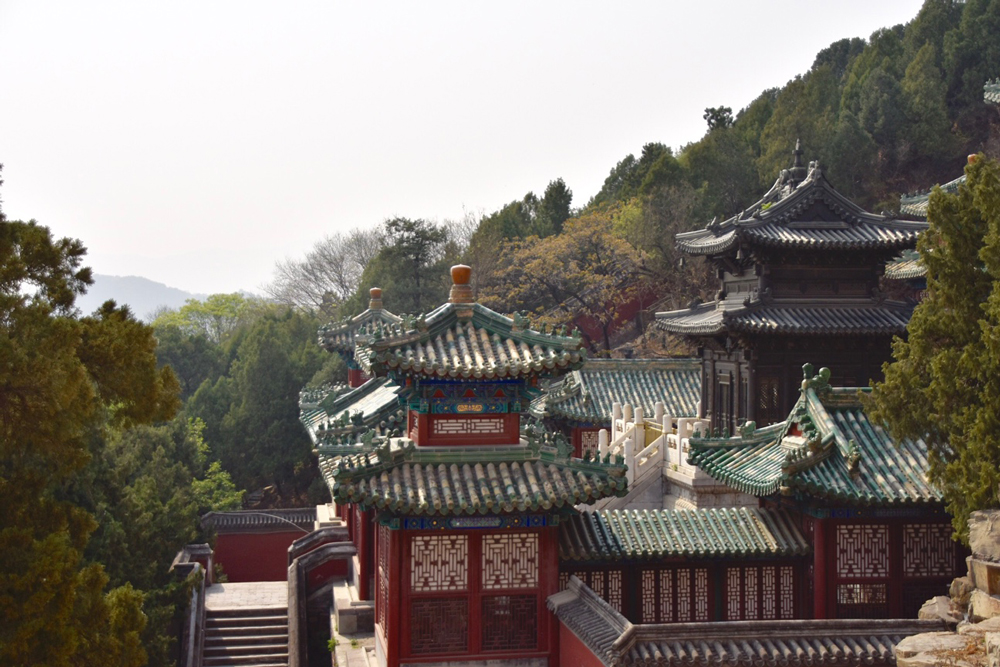 ‘Joyeux Noël’ is how the French wish each other happy Christmas. But make sure you save ‘Bonne Année’ (Happy New Year) until after midnight on December 31st. It is considered bad luck to wish it earlier!

To no-one’s surprise, many of France’s Christmas traditions revolve around food. The French are famous for their lengthy meal times, and the main Christmas meal, or ‘Réveillon’, may be the longest one of all! It is traditionally eaten on Christmas Eve or early Christmas morning, after the Midnight Mass. The meal can sometimes last for as long as six hours! Perhaps due to this, more and more families are starting their meal later into Christmas Day. It can include such foods as goose, turkey, chestnut stuffing, lobster, smoked salmon, oysters, and vegetables cooked in garlic and butter. If you’re a foodie looking for a feast to remember, France is definitely one of the best places to go for Christmas food!

The Provence region of France has another food-related Christmas tradition. It is called Les Treize (13) Desserts, and consists of fruits, nuts, sweets and cakes. The 13 desserts symbolise Christ and the 12 apostles at the Last Supper. Part of the tradition is for everyone to taste each dessert in order to have good luck for the New Year. Sounds like a lot to ask after a huge 6-hour meal!

Nativity scenes and plays are widely popular in France. You can purchase clay figures for the crèche at Christmas markets, and many families have extensive displays in their homes. Churches hold nativity plays, which sometimes feature live farm animals! It is common for audience members to take part and join in on the songs. The plays are so popular that it is often standing room only. 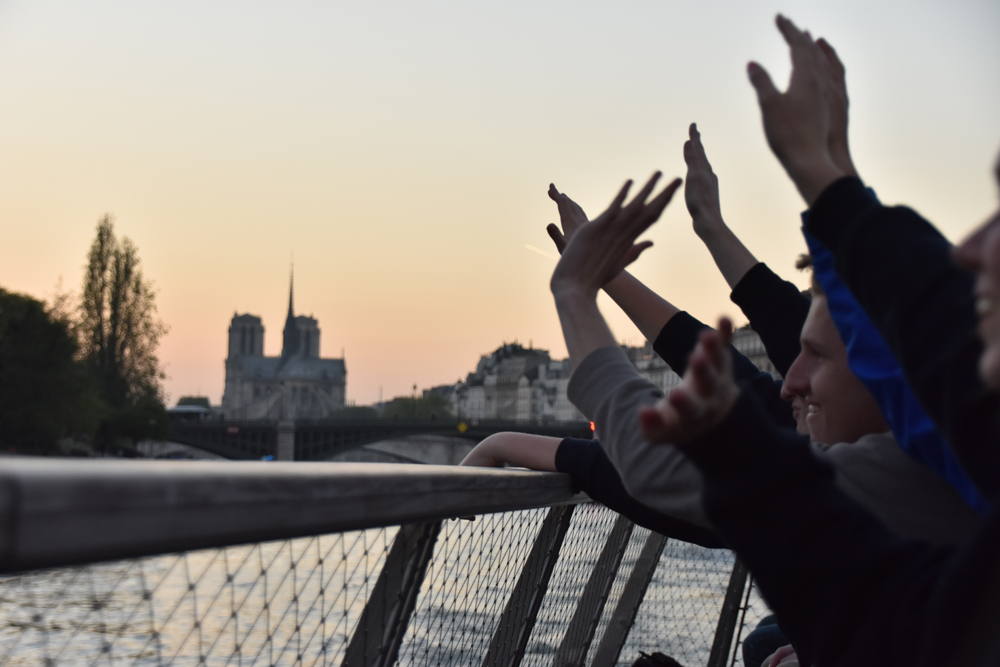 In Germany, the custom is to exchange presents on Christmas Eve. Usually the Christmas tree is only put up on the morning of Christmas Eve as well! Lights, however, decorate homes all throughout December. In Germany Christmas Eve is a fasting day, so people don’t eat a lot of food. Many families will attend Mass in the afternoon before returning home to light their tree for the first time.

Germany’s Christmas markets alone make it one of the best places to go for Christmas. While the magic of Christmas markets can be found all over Europe, their origins are thought to be German. The most famous of German Christmas markets is the Christkindlesmarkt in Nuremberg. It is estimated to have started nearly 400 years ago. The market is known for its gingerbread, bratwurst, and beautiful mouth-blown glass ornaments. There is also a Nuremberg Christkind, played by an elected local girl, whose speech at the opening ceremony officially opens the market.

If you’re in Germany over Christmas, be sure to rehearse the German for Happy Christmas, which is ‘Frohe Weihnachten’! 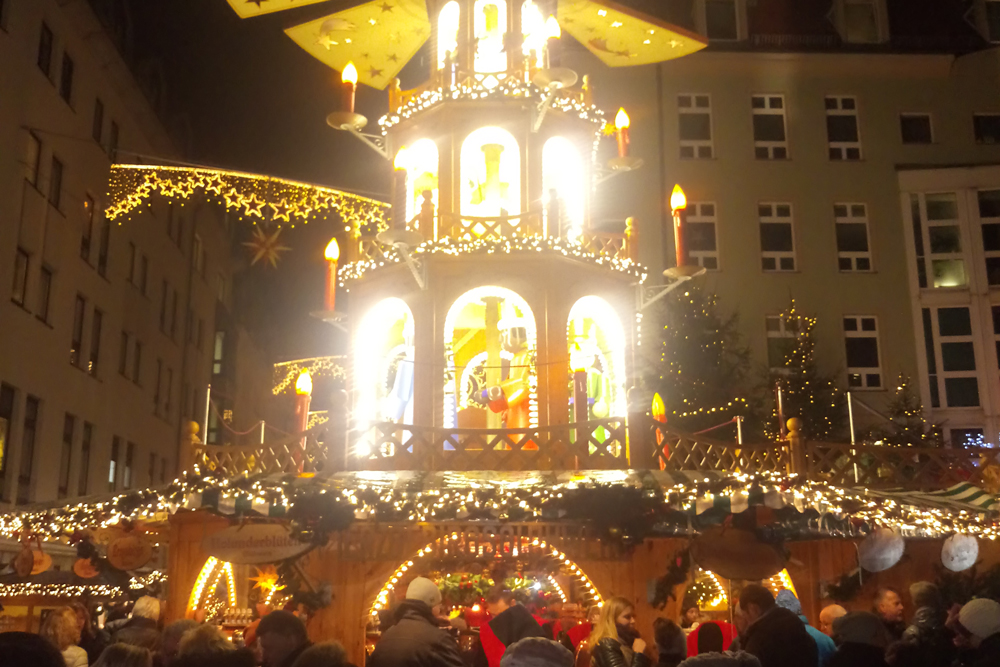 In Italy, the kick-off date for Christmas festivities is December 8. This is an official public holiday in Italy, known as the Day of the Immaculate Conception of Mary. Decorations start popping up from this day, and it is also when some of the Christmas markets begin. And the celebrations don’t end on December 25th. The day after Christmas is another national holiday called Santo Stefano, when families get together and eat leftover Christmas food. But the official end of Christmas in Italy isn’t until January 6th. This is the Day of the Epiphany, featuring another feast to mark the end of the holiday season. Children are given gifts of candy or coal (made from black sugar), depending if they have been nice or naughty!

Unlike some of their European neighbours, Italians tend to eat a light meal on Christmas Eve. Most families will avoid meat but will eat seafood, sometimes several courses of it! The idea of this is to prepare and purify their bodies before the feast on Christmas Day.

Religious customs are a very important part of Christmas in Italy. Crowds of people flock to the Vatican City Christmas Eve Midnight Mass and the noon service on Christmas Day. The Pope places the baby Jesus in the crib on December 24th, to complete the Vatican’s life-size nativity. He also appears on the balcony of the basilica on Christmas Day to give his blessing. Across Italy, churches ring their bells at midnight on Christmas Eve to celebrate the birth of baby Jesus. Rome’s Castel Sant’Angelo fires its cannons at midnight to mark the occasion. Italy is definitely one of the best places to go for Christmas church services. They’ll probably be the largest and most beautiful you’ll ever experience!

So greet your Italian friends with a ‘Buon Natale’ and enjoy a day rich in traditions! 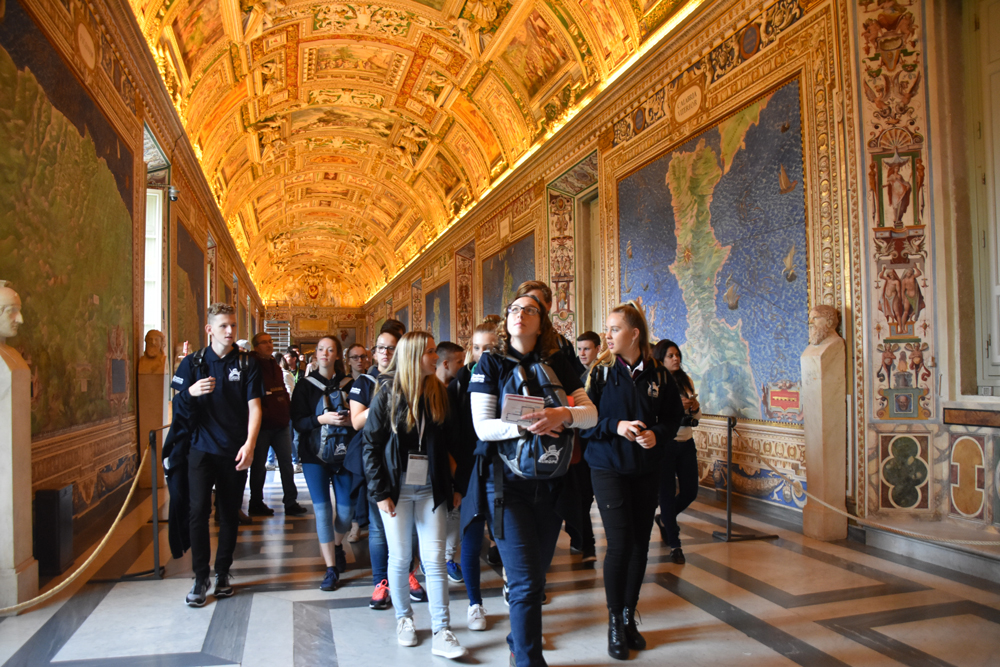 Stay tuned for the next six countries…